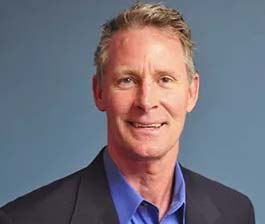 Alan Charron is President of Real Property Specialists, Inc., a commercial real estate company he founded more than two decades ago. After graduating with a finance degree from the University of Central Florida, Alan started in the appraisal business to gain an overall knowledge of the real estate industry. He worked in the appraisal business for five years to obtain the coveted MAI designation prior to going into commercial brokerage. Alan has performed appraisals on all types of commercial properties from high rise office buildings to shopping centers and subdivisions.

In 1992, Alan formed Real Property Specialists, which specializes in site selection, acquisition, sale, leasing, management and development of shopping centers, restaurants and tourist oriented properties. Presently, he owns more than a dozen retail projects in Florida and at this time he is working on new ground up developments in Oviedo, Poinciana and Maitland Florida.

In addition to the many companies Alan manages, he started “Retailer One-on-One” more than 15 years ago. This nationally recognized program helped propel his company into being one of the local leaders in the industry. In 2011, Alan formed the Orlando Franchise Show. The success of both events have lead Alan to become a franchisor, and to ultimately the successful sale of Retailer One on One to its competitor.

Alan’s community involvement includes having served as President of Habitat for Humanity of Osceola County as well as President of the Central Florida Commercial Real Estate Society. He has also been recognized by the Orlando Sentinel for his special assistance with the local Boy Scouts. In addition, he has assisted other charitable organizations through his Retailer One on One and Franchising One on One companies, has supported the Institute for Economic Competitiveness College of Business Administration at the University of Central Florida, and was inducted into the prestigious UCF College of Business Administration Hall of Fame. At present, Alan is also a member of the UCF Shareholder Society.